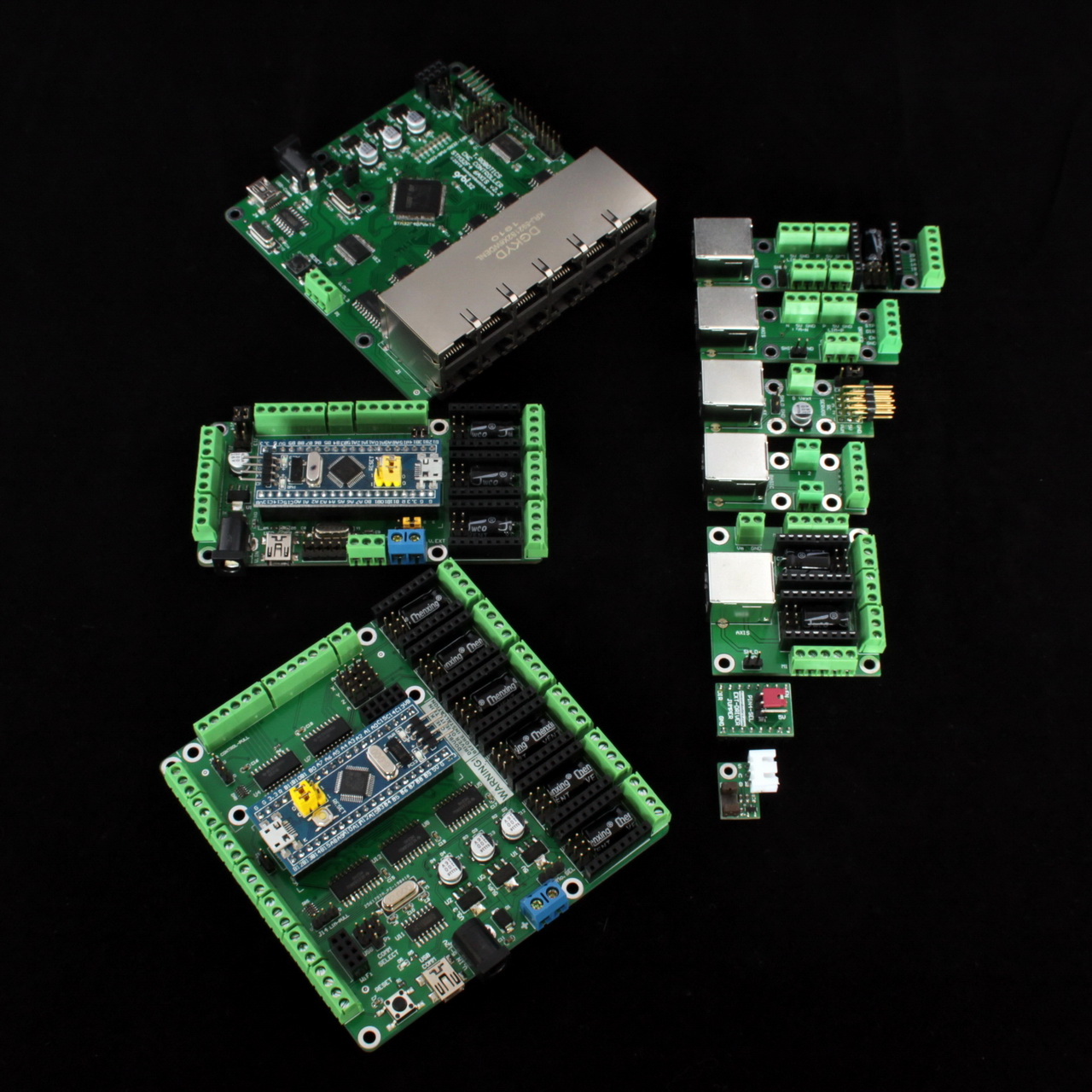 The GRBL32 family of CNC/Robotics Controllers is a derivative work of an internal project from my company, which specializes in test equipment and test automation. I was using professional motion controllers (Galil) for one particular project where controlling more than a dozen axes of motion was needed. To reduce cost, I investigated other possibilities including Arduino based hardware running AccelStepper and GRBL solutions. Both solutions worked but were severely limited by the hardware (I feel the need… for speed). I tried some ports to better hardware such as the Arduino DUE, but ultimately settled on the STM32 F1 and F4 controllers. In the end, the dual interrupt design of GRBL won out from the requirement of precise coordinated motion of multiple axes as well as a high step rate of up to 500+KHz; and a fork-n-port of GRBL 1.1f became GRBL32 (perhaps a boring name). Similar to GRBL, GRBL32 is open-source; the repository is on github.

At this time (April 2019), the family has three main components: